"When Dan Rockmore viewed an exhibit of drawings by Pieter Bruegel the Elder in 2001, he had no idea that his mathematical career was about to change. 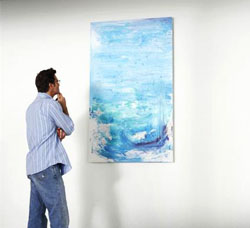 "The curator pointed out faked Bruegel drawings so skillfully done that art historians had thought the imitations authentic for decades. Then she showed Rockmore minute idiosyncrasies of the pen strokes in the Bruegel drawings that were different in the fakes. His mathematical imagination was triggered. I could teach a computer to see that, he thought."

And that’s exactly what he did.  Find out how this mathematician made the top science news of 2010.